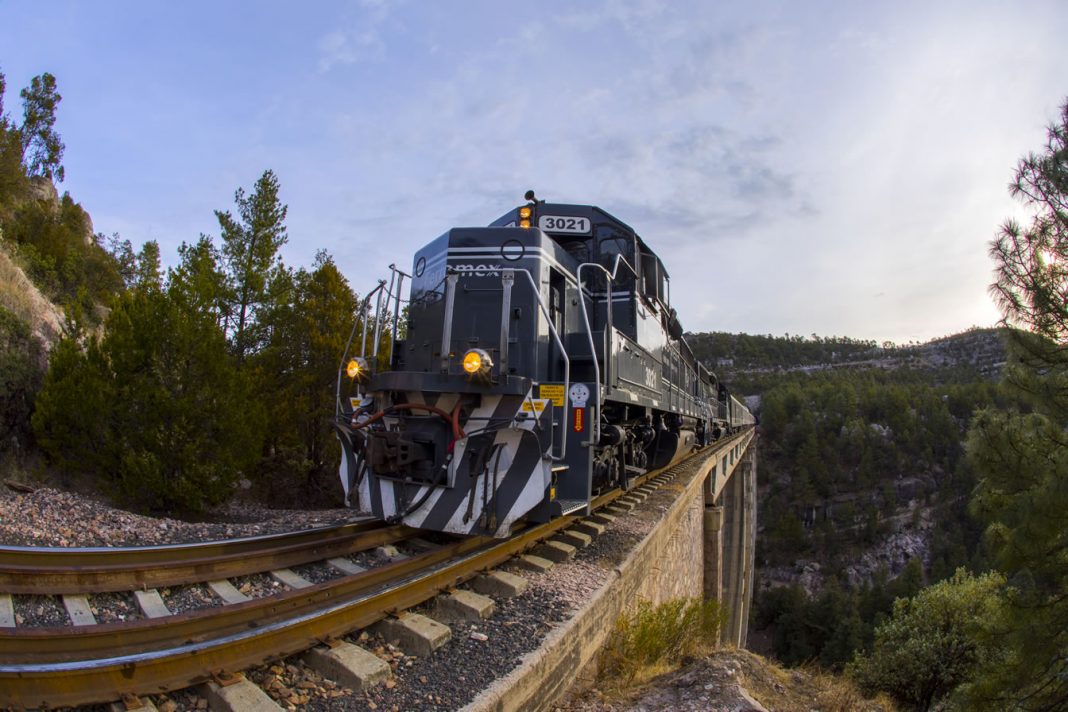 We have done this small Copper Canyon travel guide to introduce you tou this spectacular destination. Live one of the most memorable trips to Copper Canyon, onboard of ”El Chepe” Train.

Trips, when made by land, provide direct contact with people and with nature. During your Copper Canyon travel experience you will feel the land. The spectacular vies will amaze you, the food will delite you and the culture of the place will show you a different perspective of life.

Imagine making a trip that allows you to see the desert by morning and the sea in the afternoon, make the trip inside the symbol of progress, luxury and comfort, known as ”El Chepe”. The train route that crosses the Copper Cayon is one of Mexico’s most reknown engineering achievements.

A unique trip in the world

Since 1961 the “Chepe” has connected the City of Chihuahua, the capital of the state, with Los Mochis, Sinaloa.

The railroad is the outcome of the Industrial Revolution and the symbol of human progress. Building the train trails was a great achievement of engineering, and it’s the same route that the railroad travels with passengers that enjoy the Copper Canyon views.

This small Copper Canyon travel guide also intends to let you know that you will ot only be crossing the mountians. You will be riding history!

During the trip you will be crossing the Sierra Madre Occidental. Around 700 kilometers, passing more than 80 tunnels and 35 bridges, becoming one of the most spectacular and passionate engineering train routs of the planet.

The two most affordable categories on the two routes are very profitable, the difference between the trains is that the “Express” route is shorter and the cars are newer.

As expected, all cars have huge glass areas, and the point of it is that passengers enjoy the impressive show outside the train!

The experience of traveling aboard the “Chepe” and the tours to Copper Canyon is spectacular, especially considering that you can appreciate the Copper Canyon in all its splendor.

Named for the color of the walls, in the heart of the Sierra Tarahumara, there are 7 of the most impressive cliffs in the world since they are the longest and deepest, even more than those of Colorado, United States.

Inside the giant copper walls, years of Rarámuris or Tarahumara traditions have been kept, home of this indigenous people. Around the canyons is an impressive forest in which you can breathe a magical atmosphere while guarding ancestral secrets.

Although thousands of passengers aboard El Chepe train every day, it’s deserving getting off at some or all of the stops and knowing their characteristics.

Therefore, depending on the route of the tours to Barrancas del Cobre, you must be very aware of the following:

Check the schedules, which may be subject to changes depending on the day of the week.

Activities to do in each stop on your tour to Copper Canyon:

You will enjoy the best of the best tours to Copper Canyon!

Visit the Copper Canyon in Winter

Tarahumaras and Menonitas aboard the Chepe train

Chepe Express: Everything you need to know