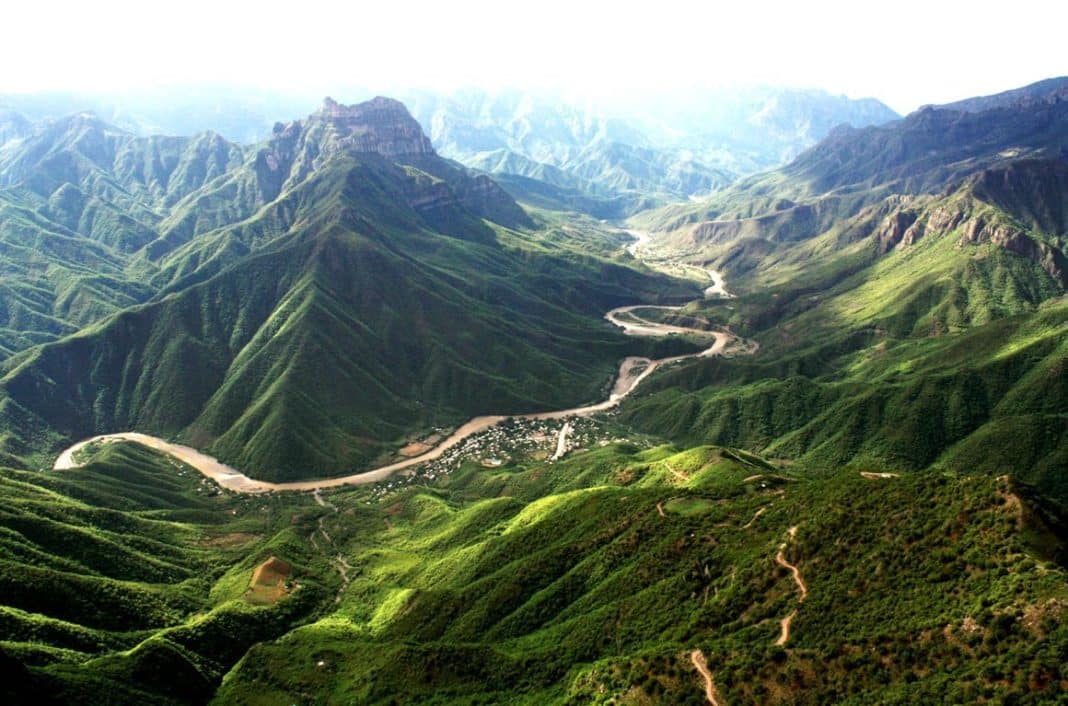 Do you want to know a little more about the Chepe Route? Read here the charms of this magnificent journey in the Sierra Tarahumara.

Its official name is “Chihuahua-Pacific Train”, but it is known as “Chepe”, on the basis of the initials (Ch of Chihuahua and P of Pacífico). The Chepe started its first tour around 50 years ago, but still in the XXI century it is a fascinating route for the tourists of all the world.

Why the fame of the Chepe route? Because you can observe different microclimates, stroll through historical places and colorful villages, and take pictures of spectacular landscapes.

These 653 kilometers of route will keep you in complete admiration, especially the impressive Copper Canyon in Chihuahua, one of the great natural wonders that are worth knowing.

A description of the train and the Chepe route 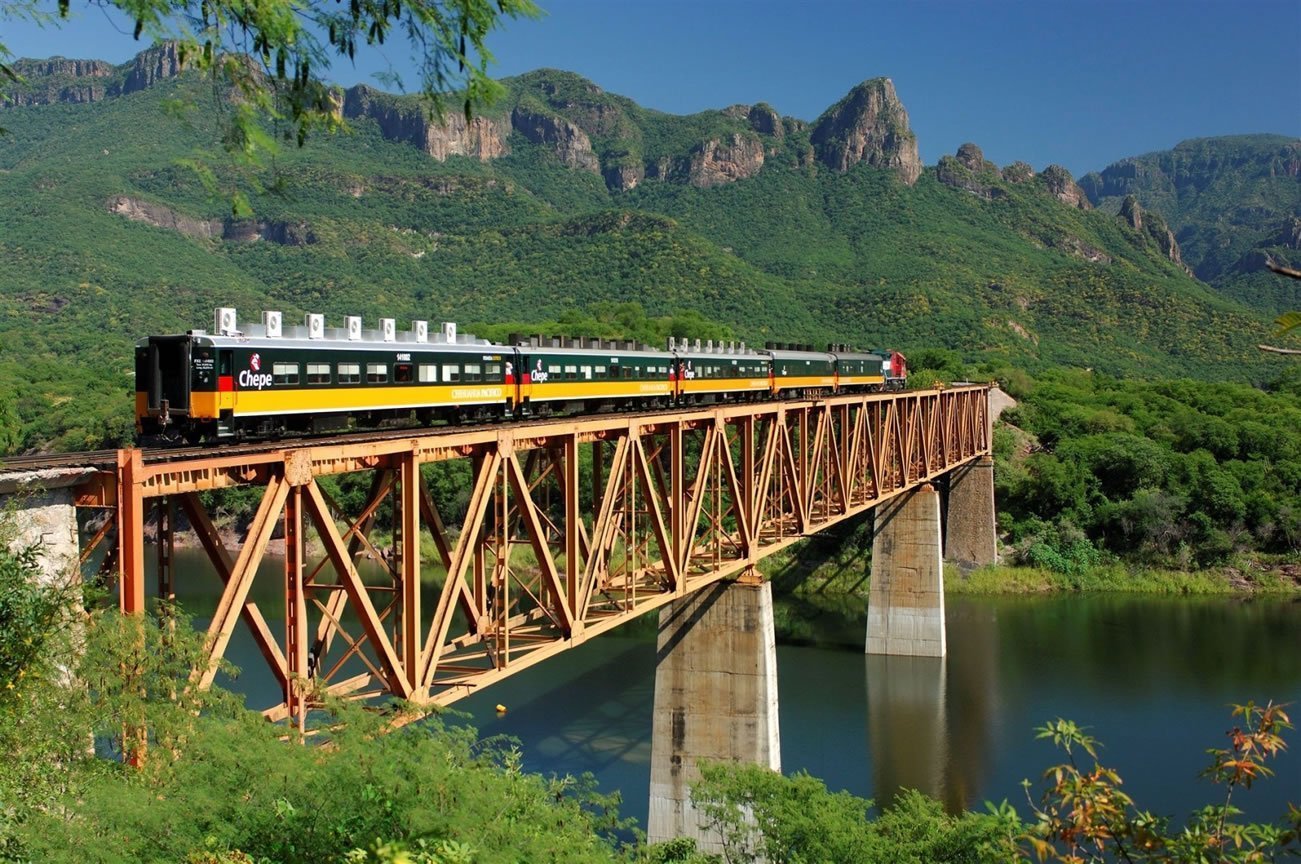 The train takes you through the majestic Sierra Tarahumara where it crosses the Copper Canyon, a set of mountains and canyons that are up to 4 times more extensive than the also famous Grand Canyon of Colorado in the United States.

Every day of the year the train system goes from Chihuahua to Los Mochis and vice versa, in a route that crosses 37 bridges and 87 tunnels.

The train stops at different stations for passengers to board and descend, having a lapse of 5 minutes to do so, the only exception being the Divisadero station where the train pauses for 15 to 20 minutes in order to contemplate with greater tranquility all the view of the canyons.

An important observation about trains

It is important to note that the name of the trains changed recently and now they are called Chepe Regional and Chepe Express.

It has 4 to 7 wagons for a capacity of 64 passengers and with the ticket you can get off up to three different stations without any additional cost. Among some of its novelties is the dining service with a la carte menu where you can enjoy foods such as the popular meat burrito and other snacks.

At the end of each car there are toilets and a special area to store your luggage. The seats are quite comfortable and you can recline them to enjoy the trip with the maximum pleasure. 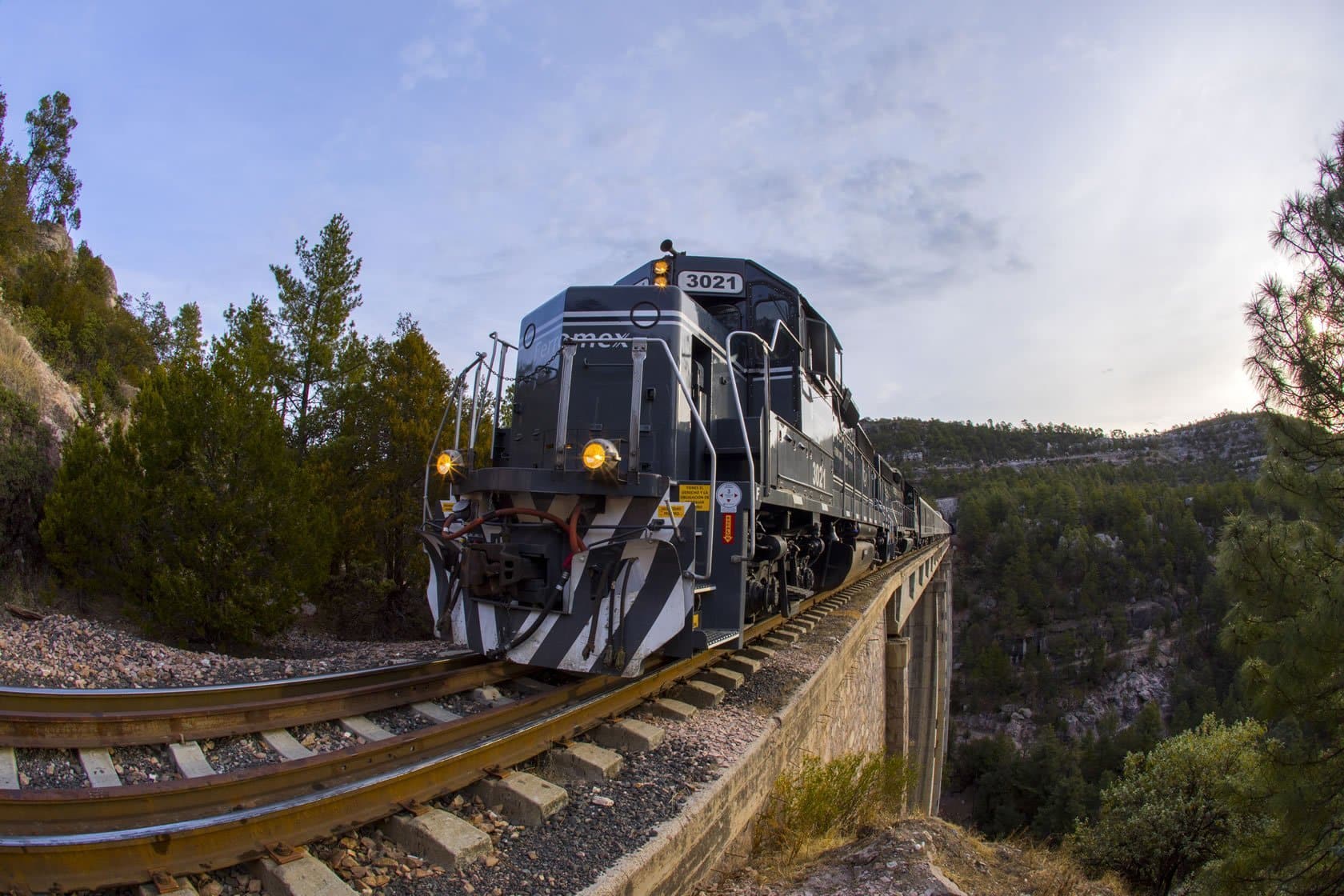 This train has been thought of the tourist who looks for an experience of comforts; It has 6 passenger cars with 60 reclining and ergonomic seats. Its route differs with the Regional Chepe since it only stops at four stations in its more than 350 kilometers from Creel to Los Mochis and vice versa.

It also includes other services such as a restaurant that offers traditional dishes, a bar with HD screens and a terrace with panoramic and folding windows.

A little more about the Chepe route

The Chepe train has 13 stations that include the cities of Chihuahua and Los Mochis, as well as other towns located in the Sierra Tarahumara. We remind you that only in the Chepe Regional is where you can go through all the stops.

However, during high season, the train will not necessarily stop at all stations because its capacity is at the highest level and not all passengers have the ability to sit comfortably during the journey.

Next, we mention the places where the Chepe Regional passes:

If you decide to take the train in Los Mochis they are the same stations, but in the opposite direction.

In the Chepe Express there will only be stops in four stations, but they are precisely the most popular and visited during the tour:

Do you want to get to know the Chepe route?

We begin the tour in the city of Chihuahua, where the train journey begins. In Chihuahua it is worth visiting some historical attractions, the cuisine is first class and also the people are very warm and friendly.

Creel is another of the stops most visited by tourists. This small town located in the Sierra Tarahumara has breathtaking views of the waterfalls and mountains.

The Barrancas or Divisadero stop is the main attraction of the route because it is here where you can contemplate the Copper Canyon. Do not forget to take some pictures in the place and take a video of the wonderful natural scenery. Also, take advantage of those moments to recharge your energy by eating something in the place and do some shopping in the souvenir shops.

In Divisadero there are some additional attractions that are worth knowing as the cable car, bike rides, zip lines, climbing walls and ATVs.

At the Bahuichivo station you can get off and get to know two small towns that are settled in the heart of the Tarahumara Sierra: Cerocahui and Urique. Here you have the perfect excuse to walk on nature trails thanks to organized walks to the place. An unmissable place is the viewpoint of Cerro Gallego.

How and when to visit the Chepe train?

There is no specific time to visit this train, but keep in mind that in northern Mexico temperatures can be extreme, depending on the time of year. However, the first task is to have the objectives of the trip defined, to know exactly what you would like to know and where to do it from.

If what you want is the experience of traveling on the train and contemplating the landscape, this is something you can do in a single day and from any of its destinations, but if you want to know a little more about the mountains, people and landscapes , then you have to get off the train at some of your stops. The minimum recommended time to make the trip is 5 days. The recommended time to know all the tourist places is 6 days.

Obviously, we recommend that you take advantage of the offer of excursions to know hidden places and the innumerable waterfalls. Also, if you like to enjoy the adrenaline or rest, you will find something. In large cities such as Chihuahua and Los Mochis, the hotel and service offer is very good. Both are cities that have developed a lot in recent years and are offering many novelties to local and international tourists.

With this travel guide, you will get the most out of the Chepe route and its route through each of the stations. There are so many attractions during the tour that you will probably want to return to get to know this magical Sierra Madre.

5 Mind-blowing Stops in the Train to Copper Canyon